Egyptomania: A History of Fascination, Obsession and Fantasy (Paperback) 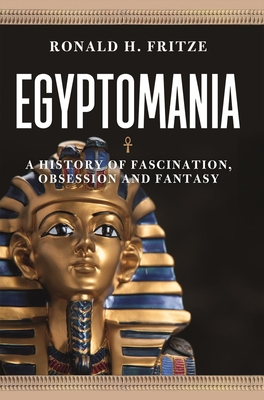 Egyptomania: A History of Fascination, Obsession and Fantasy (Paperback)


In Stock—Click for Locations
Egyptomania takes us on a historical journey to unearth the Egypt of the imagination, a land of strange gods, mysterious magic, secret knowledge, monumental pyramids, enigmatic sphinxes, and immense wealth. Egypt has always exerted a powerful attraction on the Western mind, and an array of figures have been drawn to the idea of Egypt. Even the practical-minded Napoleon dreamed of Egyptian glory and helped open the antique land to explorers. Ronald H. Fritze goes beyond art and architecture to reveal Egyptomania’s impact on religion, philosophy, historical study, literature, travel, science, and popular culture. All those who remain captivated by the ongoing phenomenon of Egyptomania will revel in the mysteries uncovered in this book.
Ronald H. Fritze is dean of the College of Arts and Sciences and professor of history at Athens State University. He is the author of many books including Invented Knowledge: False History, Fake Science and Pseudo-religions, also published by Reaktion Books.
“A broader interpretation of the subject, going back to the Greek historian Herodotus and forward to Cecil B. DeMille and Tutankhamen. . . . Fritze reminds us that what fascinated later artists and their public was not what Egyptologists considered important. Largely self-nourishing, Egyptomania was often detached from its original sources, and the stream of dime novels and films about mummies and their curses have, according to scholars, more to do with Western guilt over imperialism than with the supernatural. Even the artifacts exhumed from Tutankhamen’s tomb with great fanfare beginning in 1922 did not, in fact, add much to our knowledge of ancient Egypt, although they were responsible for the museum world’s first blockbuster traveling exhibition. . . . Document[s] an enduring fascination with its subject, based, as the author points out, ‘on the fact that it is both comfortably familiar and intriguingly exotic.’”
— New York Times Book Review

“Delves into how the realities of Egyptology have been reimagined or misinterpreted as sources of hermeticism, portals to another reality, or tokens to confer knowledge and respectability. . . . Fritze’s entertaining and enlightening work does well in separating ancient Egypt’s actual legacy from the pseudo-history of occultists and assorted charlatans.”
— Publishers Weekly

“From Medieval Christians and Muslims to Napoleon, a detailed but readable account of how ancient Egypt has been a focus of fascination throughout history, capturing our imagination through its strange gods, murky magic, secret knowledge, immense wealth, and mystifying mummies.”
— The Bookseller

“The richness, distinction and diversity of ancient Egyptian culture has fired imaginations for millennia. Here, historian Fritze examines ‘Egyptomania’ in detail and through time. As Herodotus and other classical scholars extolled Giza’s pyramids and the great lighthouse at Alexandria, Egyptian cults and esoteric tracts seeped into Greece and Rome—to later fascinate and befuddle medieval and Renaissance scholars. The cracking of hieroglyphs, discovery of Tutankhamun’s tomb, and ‘mummymania’ from the nineteenth century onwards ensured that the craze persists almost unabated today.”
— Nature

"Fritze proves himself an expert guide on this journey through the history of our fascination with Ancient Egypt in all its forms ranging from the serious study of Egyptology to its more bizarre manifestations in popular culture. . . . An entertaining, enlightening work."
— Minerva

"Fritze has used this amazingly fertile field to produce a well-researched and comprehensive history of enthusiasm for all things Egyptological, from ancient times right up to the twenty-first century, spanning the whole spectrum. It is a remarkable achievement and makes for a fascinating read. . . . There is a rich mine of factual material here which could repay detailed study."
— Ancient Egypt Magazine

"Fritze surveys the bewildering variety of Egyptian rites dreamed up by the Rosicrucians, Freemasons, and Theosophists, and takes us on an entertaining tour of fringe and alternative history set in the Land of the Nile."
— Fortean Times

"The particular craze that’s the focus of veteran historian Fritze's new book Egyptomania is one of the oldest intellectual fads in the history of mankind: the fixation with ancient Egypt that’s been felt by the rest of the world for so long that it actually started when ancient Egypt wasn’t even ancient. . . . Fritze’s narrative is dense with historical detail and frequently sparkles with wit. Anyone who has ever felt the touch of Egyptomania . . . will find plenty in these pages to feed their curiosity."
— Open Letters Monthly

“Informative, entertaining, and comprehensive, this well-written book begins with a concise review of the archaeology of ancient Egypt and moves on to discuss the craze for all things Egyptian. Recommended.”
— Choice

“A fascinating read for any who are interested in Egyptian culture.”
— Decatur Daily