Paths of Fire: The Gun and the World It Made (Hardcover) 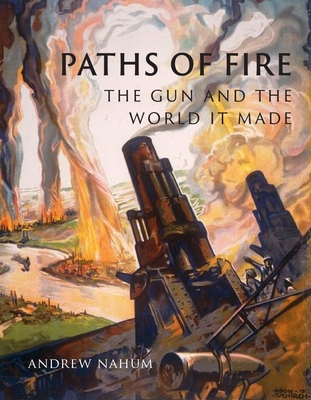 Paths of Fire: The Gun and the World It Made (Hardcover)


Backordered
Type “Mikhail Kalashnikov” into Google and the biography of the inventor will come back to you almost at the speed of light. Squeeze the trigger of a Kalashnikov and a bullet is kicked up the barrel by an archaic chemical explosion that would have been quite familiar to Oliver Cromwell or General Custer. The gun—antique, yet contemporary—still dominates the world. Geopolitical events and even consumer culture have been molded by the often-unseen research that firearms evoked. The new science of Galileo Galilei and Isaac Newton owed much to the Renaissance study of ballistics. But research into making guns and aiming them also brought on the more recent invention of mass production and kickstarted the contemporary field of artificial intelligence. This book follows the history of the gun and its often-unsuspected wider linkages, looking from the first cannons to modern gunnery, and to the yet-to-be-realized electrical futures of rays and beams.
Andrew Nahum is a curator and historian. He has written extensively on the history of technology. His books include Frank Whittle: The Invention of the Jet, Fifty Cars that Changed the World, and Issigonis and the Mini.
"As Nahum shows, in this original exploration of how guns have shaped our societies in often surprising ways, the nineteenth and twentieth centuries saw 'the remorseless spread of arms and the multiplication of the firepower and lethality that can be wielded by an individual.' . . . Nahum recounts the stories of these weapons innovators with some panache. . . . As Nahum acknowledges, he has not written a 'conventional' book about guns and their effects on the world but he has written a very thought-provoking one."
— Daily Mail

"Ancient yet contemporary, the gun has for centuries dominated the world in a myriad of ways and is woven into the fabric of human existence. People in fortunate countries are not often aware of this, according to Nahum, whose chronicle of the gun is an authoritative as well as original study of this invention and its impact on society and nations. . . . The book abounds with amusing anecdotes as well as revealing portraits of key figures in this often underrated milestone in human technological ingenuity."
— History of War

"Son of a gun! Nahum is no flash in the pan. But if I called him a hot shot, he would go ballistic. Indeed, the everyday prevalence of firearm metaphors reveals the deep resonance the gun has in culture. Nahum is a distinguished historian of science and technology, and he has written Paths of Fire with a nice combination of cool authority and gentle wit. It is a completely original study. Who cannot be engrossed by connecting Buffalo Bill to cybernetics, via Mikhail Kalashnikov?"
— Stephen Bayley

"This is a brilliant book about guns which isn't about guns. Instead, it's about progress, intellectual and industrial, seen from a wholly original and convincing new perspective. Full of surprises, unexpected connections, and portraits of remarkable figures from our recent history, I can recommend it without reservation."
— Andrew Marr