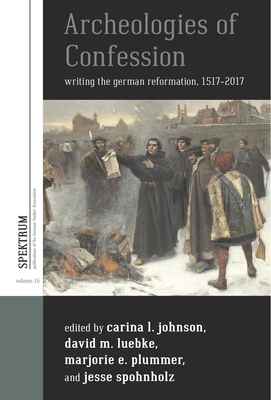 Modern religious identities are rooted in collective memories that are constantly made and remade across generations. How do these mutations of memory distort our picture of historical change and the ways that historical actors perceive it? Can one give voice to those whom history has forgotten? The essays collected here examine the formation of religious identities during the Reformation in Germany through case studies of remembering and forgetting--instances in which patterns and practices of religious plurality were excised from historical memory. By tracing their ramifications through the centuries, Archeologies of Confession carefully reconstructs the often surprising histories of plurality that have otherwise been lost or obscured.

Jesse Spohnholz is Professor of History at Washington State University. His research focuses on confessional coexistence, religious exile, gender, and memory of the Reformation in the early modern Netherlands and northwest Germany. His books include The Tactics of Toleration: A Refugee Community in the Age of Religious Wars (2011) and The Convent of Wesel: The Event That Never Was and the Invention of Tradition (2017).