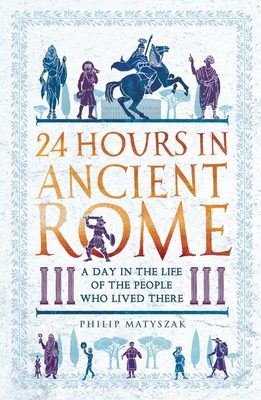 
Special Order—Subject to Availability
What was it like to live in one of the ancient world’s most powerful and bustling cities—one that was eight times more densely populated than modern day New York? In this entertaining and enlightening guide, historian Philip Matyszak introduces us to 24 characters who lived and worked there. In each hour of the day we meet a new character—from a senator to a slave girl, a gladiator to an astrologer, watchmen to washerwomen—and discover the fascinating details of their daily lives.
Philip Matyszak has written a number of titles on the ancient world including Ancient Rome on Five Denarii a Day, Ancient Athens of Five Drachmas a Day, and The Greek and Roman Myths. He currently works as a tutor for Madingley Hall Institute of Continuing Education at the University of Cambridge, teaching a course on Ancient Rome.