Aequanimitas: With other Addresses to Medical Students, Nurses, Doctors and Practitioners of Medicine - A History and Philosophy of (Paperback) 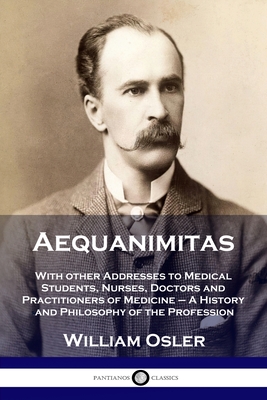 Aequanimitas: With other Addresses to Medical Students, Nurses, Doctors and Practitioners of Medicine - A History and Philosophy of (Paperback)

These lectures by William Osler were delivered in the latter part of his career; together they demonstrate his keen knowledge of the history of medicine, and his philosophy of medical practice.

Working at a time when medicine was rapidly advancing into a formally accredited discipline, the author describes his joy at witnessing student hospitals expand rapidly. Having worked as a doctor and later a professor of medicine, the writer bases his insightful talks on experience as both a practitioner and educator. Osler is enthusiastic and impassioned, explaining how far medicine advanced in the 19th century, describing its history, and setting out the philosophy that guided his professionalism.

Those listening to these words were frequently students of medicine, or young doctors or nurses. Osler was a regular speaker at universities and medical colleges in the USA, Britain and his native Canada. A voracious reader, the twelfth lecture on this book discusses at length the writings of doctors and medics from decades and centuries prior. Other lectures concern the practice of medicine in the armed forces, how hospitals operate, and how medical education is lifelong: practicing medics continue to learn long after their formal studies are completed.