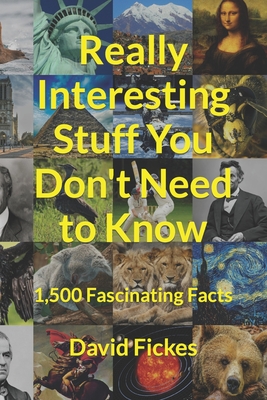 Do you love trivia and interesting facts? This book has 1,500 fascinating and educational facts including periodic illustrations to add even more to your enjoyment. The facts cover a wide range of subjects: animals, arts, history, literature, movies, science and nature, sports, television, U.S. geography, U.S. presidents, world geography, and more; for example:

This is book 1 of the Really Interesting Stuff series; I hope you enjoy it, and if you do, look for other books in the series.