Stylistic Innovation, Conscious Experience, and the Self in Modernist Women's Poetry: An Imagist Turned Philosopher (Hardcover) 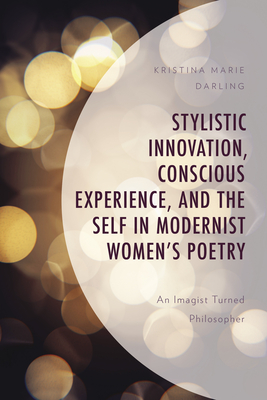 Stylistic Innovation, Conscious Experience, and the Self in Modernist Women's Poetry: An Imagist Turned Philosopher (Hardcover)


Not On Our Shelves—Ships in 1-5 Days
(This book cannot be returned.)
Stylistic Innovation, Conscious Experience, and the Self in Modernist Women's Poetry examines representations of philosophical discourses in Modernist women's writing. Philosophers argued in the early twentieth century for an understanding of the self as both corporeal and relational, shaped and reshaped by interactions within a community. The once clear distinction between self and other was increasingly called into question. This breakdown of boundaries between self and world often manifested in the style of early twentieth-century literary works. Modernist poetry, like stream of consciousness fiction, used metaphor, sound, and a revision of received grammatical structures to blur the boundaries between the individual and collective. This book explores the ways that feminist writers like Mina Loy, H.D., Gertrude Stein, and Marianne Moore used style and technique to respond to these philosophical debates, reclaiming agency over a predominantly male philosophical discourse. While many critics have addressed the thematic content of these writers' work, few scholars have taken up this question while focusing on the style of the writing. This book shows how these feminist poets used seemingly small stylistic choices in poetry to make necessary contributions to contemporary philosophical discourses, ultimately rendering these philosophical conversations more inclusive.
Kristina Marie Darling is an independent scholar.