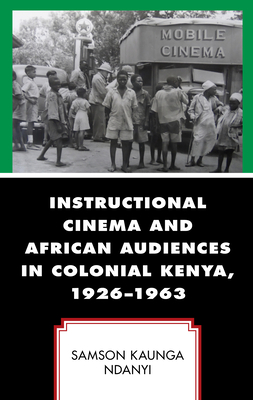 
Not On Our Shelves—Ships in 1-5 Days
(This book cannot be returned.)
In Instructional Cinema and African Audiences in Colonial Kenya, 1926-1963, the author argues against the colonial logic instigating that films made for African audiences in Kenya influenced them to embrace certain elements of western civilization but Africans had nothing to offer in return. The author frames this logic as unidirectional approach purporting that Africans were passive recipients of colonial programs. Contrary to this understanding, the author insists that African viewers were active participants in the discourse of cinema in Kenya. Employing unorthodox means to protest mediocre films devoid of basic elements of film production, African spectators forced the colonial government to reconsider the way it produced films. The author frames the reconsideration as bidirectional approach. Instructional cinema first emerged as a tool to "educate" and "modernize" Africans, but it transformed into a contestable space of cultural and political power, a space that both sides appropriated to negotiate power and actualize their abstract ideas.
Samson Kaunga Ndanyi is assistant professor of African history and Africana studies at Rhodes College, Memphis, Tennessee.