The Circus: From Book 1 of the Collection - Story No.7 (Paperback) 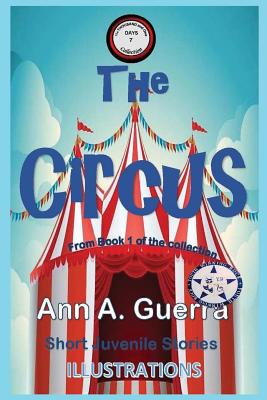 The Circus: From Book 1 of the Collection - Story No.7 (Paperback)

By Daniel Guerra, Ann a. Guerra


Not On Our Shelves—Ships in 1-5 Days
(This book cannot be returned.)
A child from a small town tells the adventures he had when the circus arrived in his hometown. When he was entering the circus tent, he was separated from his group and saw himself alone and wandering inside. Suddenly, a gypsy girl approached him and told him she would show him around. As he learned how the circus works and how people and animals perform their acts, a lion escaped from his cage and gave him a fright of his life.