To Love and Be Loved: A Personal Portrait of Mother Teresa (Compact Disc) 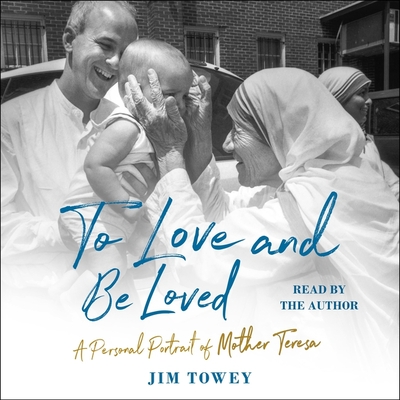 To Love and Be Loved: A Personal Portrait of Mother Teresa (Compact Disc)


Not On Our Shelves—Ships in 1-5 Days
From a trusted advisor and devoted friend of Mother Teresa comes an extraordinary firsthand account of the miraculous woman behind the saint.Mother Teresa was one of the most admired women of the 20th century, and her memory continues to inspire charitable work around the world. She believed the greatest need of a human being is to love and be loved. In 1948, she founded the Missionaries of Charity to work directly with the very poorest of Calcutta. From the efforts of one woman entering the slums of Entally, the Missionaries of Charity grew into an organization operating soup kitchens, health clinics, hospices, and shelters in 139 countries, at no cost to any government or to those served. In 2016, she became Saint Teresa of Calcutta. Author Jim Towey had been a high-flying Congressional staffer and lawyer in the 1980s until a brief meeting with Mother Teresa illuminated the emptiness of his life. He began volunteering at one of her soup kitchens and using his legal skills and political connections to help the Missionaries of Charity. When Mother Teresa suggested he take shifts at her AIDS hospice, Towey realized he was all in. Soon, he gave up his job and possessions and became a full-time volunteer for Mother Teresa. He traveled with her frequently, arranged her meetings with politicians, and handled many of her legal affairs. To Love and Be Loved is a firsthand account of Mother Teresa's last years, and the first book ever to detail her dealings with worldly matters. We see her gracefully navigate the opportunities and challenges of leadership, the perils of celebrity, and the humiliations and triumphs of aging. We also catch her indulging in chocolate ice cream, making jokes about mini-skirts, and telling the President of the United States he's wrong. Above all, we see her extraordinary devotion to God and to the very poorest of His children. Mother Teresa taught Towey to be more prayerful, less selfish, more humble, less worldly, more in love with God, and less in love with himself. Her lessons are here for all to share.