Independence is a State of Mind! (Paperback) 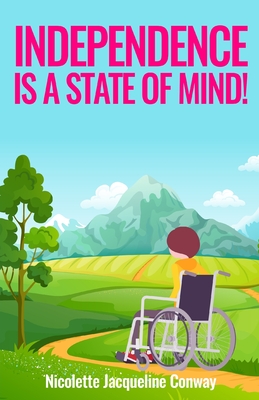 Independence is a State of Mind! (Paperback)

This autobiography is about a lady, who in spite of suffering a major brain haemorrhage, died at birth, revived and then survived. The hospital never admitted how catastrophic her brain damage had been, telling her young parents "...She's had a bad start; what do you expect..." To be told, bluntly, when she was 18 months old, "She has severe Cerebral Palsy... She won't make maturity...." She was only able to communicate with her Mum via eye movements, smiles and gurgles.

﻿However, she excelled at learning to read. Choosing to go to boarding school, one of the teachers saw her potential. She instantly took to using foot switches to use a Possum typewriter. Foot switches became her lifeline, despite being told they were socially unacceptable at secondary school. Her decision to go to boarding school, and then on to residential care gave her an independent mind, but would society beyond the safety of institutional care accept her?