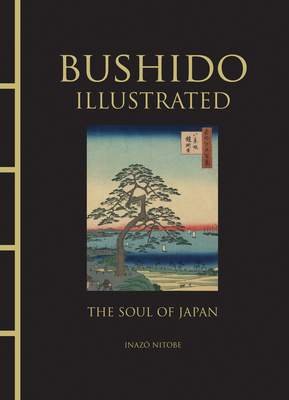 
Special Order—Subject to Availability
Beautifully produced in traditional Chinese binding and with a timeless design, Bushido Illustrated: The Soul of Japan includes the classic Inazo Nitobe text with a new introduction and colorful illustrations throughout. "Chivalry is a flower no less indigenous to the soil of Japan than cherry blossom" are the opening words to Inazo Nitobe's Bushido: The Soul of Japan. It was 1900 and Inazo, a Japanese academic living in the USA, had been prompted to write the book after an American professor had wondered how the Japanese imparted moral education to their children if schools didn't offer any religious instruction. The answer, Inazo realized, was through Bushido. Bushido is the chivalric code of moral principles that the Samurai followed: rectitude, courage, benevolence, respect, honesty, honor, and loyalty. Influenced by Confucianism, Shinto, and Zen Buddhism, it tempers the violence of a warrior with wisdom and serenity. Alongside Sun Tzu's The Art of War and Machiavelli's The Prince, Inazo's book has become influential among military and corporate leaders looking for ways to manage their people and overcome their opponents.
Born in 1862, Inazo Nitobe began learning English at the age of nine. He entered Tokyo Imperial University before studying politics and international relations at John Hopkins University. Nitobe taught at Sapporo Agricultural College from 1891 to 1897, before moving to the USA, where Bushido: The Soul of Japan was published in 1900. From 1903 to 1919 he held a professorship at Kyoto Imperial University. Following the end of World War I, he attended the Versailles Peace Conference in 1918, then served as Under-Secretary General of the League of Nations from 1919 to 1926. He was also the chairman of the Institute of Pacific Relations from 1929 until his death in 1933. Nitobe published many scholarly books as well as books for general readers.