A History of War: From Ancient Warfare to the Global Conflicts of the 21st Century (Hardcover) 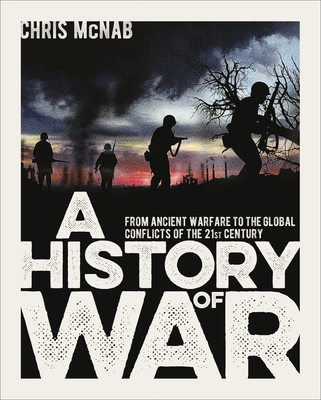 A History of War: From Ancient Warfare to the Global Conflicts of the 21st Century (Hardcover)

This lavishly illustrated full-color hardback explores the dark but compelling story of warfare, from its emergence in prehistoric tribal disputes, through great imperial and global wars, to present-day counter-insurgency and 'hybrid' conflicts. Two factors sit at the heart of this story: technology - including weapons, vehicle systems and vehicles - and tactics. A History of War charts the rise of the army, explaining how primitive tribal war parties evolved through seasonal levies and feudal armies to professional standing armies and mass conscription forces, with formal organizational structures.

The narrative of A History of War is sewn together by the conflicts that have periodically reshaped history, from localized insurgencies to vast world wars. The book provides summaries and insights into these conflicts while recognizing the human drama of conflict, with first-hand insight into the experience of combat, either as a combatant or as a civilian swept up in violent times. It includes the history of naval warfare and the rise of aerial combat in the 20th century, culminating in the current use of UAVs - unmanned aerial vehicles. Brilliantly illustrated with full-color artwork, maps and photographs, and written with both authority and accessibility, A History of War provides a comprehensive single-volume overview of warfare and how it has shaped our world.
Over the course of his two-decade career as an author and editor, Chris McNab has written more than 100 titles, primarily focused on historical and military topics. His titles include: Weapons of War: AK47, 20th-Century Small Arms, A History of the World in 100 Weapons, The Illustrated History of the Vietnam War, The Book of the Poppy and Hitler's Fortresses. In addition to his writing work, Chris has made regular contributions on radio and television.