The Story of the Cardiff and Vale Perinatal Mental Health Team January 1998 - July 2020: And Other Musings - a personal view with a smattering of dive (Paperback) 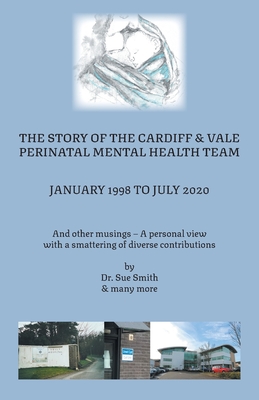 The Story of the Cardiff and Vale Perinatal Mental Health Team January 1998 - July 2020: And Other Musings - a personal view with a smattering of dive (Paperback)

This book tells the story of the Perinatal Mental Health Service that developed in the Cardiff & Vale area in South Wales, UK, from 1998 until the author's retirement in 2020. Childbirth poses a risk to a woman's mental health, but until quite recently there were minimal services in the UK dedicated to managing this risk.

Dr Sue Smith outlines how the Cardiff community service gradually developed and expanded with no official funding - alongside a mother and baby unit which closed, was replaced by a new one which also then closed. Later, the service benefitted from an investment from the Welsh Government, who wanted all health boards in Wales to run perinatal mental health services. From 2015, the story of the Cardiff service is seen in the context of the development of these services across the whole of Wales.

This story is written by the Consultant Psychiatrist in the team, and has an autobiographical tone that was not entirely planned. It also includes contributions from other professionals working alongside or within the service and, most importantly, from women who were cared for by the service.