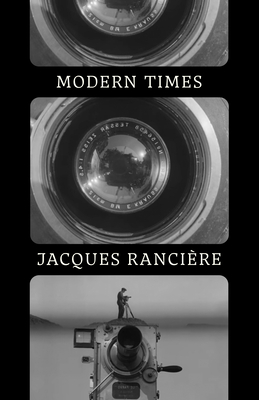 In this book Jacques Rancière radicalises his critique of modernism and its postmodern appendix. He contrasts their unilinear and exclusive time with the interweaving of temporalities at play in modern processes of emancipation and artistic revolutions, showing how this plurality itself refers to the double dimension of time.

Time is more than a line drawn from the past to the future. It is a form of life, marked by the ancient hierarchy between those who have time and those who do not. This hierarchy, continued in the Marxist notion of the vanguard and nakedly exhibited in Clement Greenberg’s modernism, still governs a present which clings to the fable of historical necessity and its experts. In opposition to this, Rancière shows how the break with the hierarchical conception of time, formulated by Emerson in his vision of the new poet, implies a completely different idea of the modern. He sees the fulfilment of this in the two arts of movement, cinema and dance, which at the beginning of the twentieth century abolished the opposition between free and mechanical people, at the price of exposing the rift between the revolution of artists and that of strategists.
Jacques Rancière is emeritus professor at the University of Paris 8 where he taught from 1968 to 2000. His two main domains of research are social and intellectual emancipation and the modern transformations of art, literary fiction and aesthetic thinking. He has explored those domains and their interrelations in more than forty books among which the most significant are: The Ignorant Schoolmaster. Five Lessons on Intellectual Emancipation (Stanford University Press, 1991), Proletarian Nights. The Workers’ Dream in 19th Century France (Verso, 2012) , Aisthesis. Scenes from the Aesthetic Regime of Art (Verso, 2013) and The Edges of Fiction (Polity 2020) .