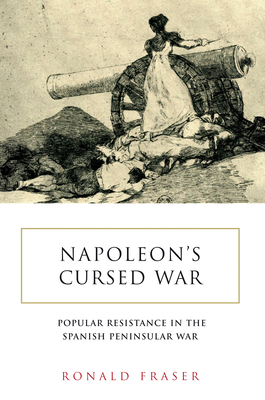 
Coming Soon—Pre-Order Now
A magisterial history of “Napoleon’s Vietnam”, by the highly acclaimed historian of Spain

In this definitive account of the Peninsular War (1808–14), Napoleon’s six-year war against Spain, Ronald Fraser examines what led to the emperor’s devastating defeat against the popular opposition—the guerrillas—and their British and Portuguese allies.

As well as relating the histories of the great political and military figures of the war, Fraser brings to life the anonymous masses—the artisans, peasants and women who fought, suffered and died—and restores their role in this barbaric war to its rightful place while overturning the view that this was a straightforward military campaign.

This vivid, meticulously researched book offers a distinct and profound vision of “Napoleon’s Vietnam” and shows the reality of the disasters of war: the suffering, discontents and social upheaval that accompanied the fighting.

With a new Introduction by Tariq Ali.
Ronald Fraser (1930–2012) is the author of, among other works, Blood of Spain, a celebrated oral history of the Spanish Civil War.