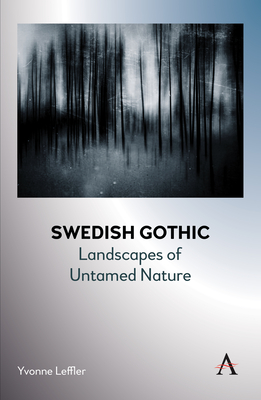 The book explores the Gothic tradition in Swedish literature - including Swedish-language literature by Finland-Swedish writers. It aims to give an overview of the development of Swedish Gothic from the Romantic age until today, and to highlight the characteristic features of the Swedish tradition of Gothic in relation to transnational developments, in particular in relation to the Anglo-American tradition. By using a contextualising comparative perspective, it highlights the most prevalent and prominent feature of Swedish Gothic, the significance of the Nordic landscape, the wilderness and local folklore. In Swedish fiction, the Gothic castle is replaced by the wilderness, and the monster is representative of untamed nature and a barbaric past. The terror is not pointing to the medieval period but is located in pre-Christian, pagan times. Especially in today's Gothic narratives, the presence of mythical creatures and nature beings, such as trolls, tomtes, or vittras, enhances the Gothic atmosphere. Another domestic trend since the mid-nineteenth century, which has become increasingly popular in the last decade, is Gothic crime stories, where the formula of a modern detective story is combined with a Gothic mystery plot. In these stories, supernatural creatures and the interference of paranormal powers constantly obstruct the modern crime investigation. Another predominant feature of Swedish Gothic that will be expanded on is its use of gendered and female monsters. In these kinds of narratives, Swedish writers and filmmakers manipulated the established Gothic conventions of female Gothic in order to make societal anxieties and gender issues visible.

Drawing on a theoretical framework of gender theory and intersectionality, mainly theories on gender, race and eco-criticism, in combination with a transnational perspective used in today's comparative literature, the book explores the characteristics of Swedish Gothic. It analyses and contextualises a selection of individual narratives to explore in what way representative Swedish writers modify, transform and domesticize the established Gothic conventions. One chapter is devoted to the significance of the Nordic wilderness and the use of local folklore. Next chapter explores the dominance of gendered female monsters and in what way female and male writers adapt the Gothic elements and aesthetics to a Swedish context. The last chapter on Gothic crime expands on the use of Gothic modes and aesthetics to explore the working of the human mind in relation to crime, repressed collective memories, and cultural taboos.

Yvonne Leffler is Professor of Comparative Literature at the University of Gothenburg in Sweden.