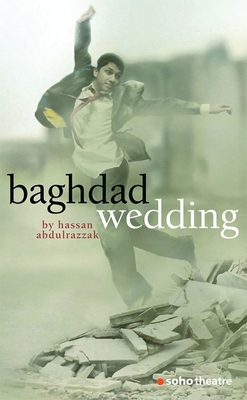 From cosmopolitan London to the chaos of war-ravaged Baghdad, this is the comic tale of three friends, torn between two worlds, and a wedding that goes horribly wrong. Baghdad Wedding premiered at the Soho Theatre in June 2007 and was the winner of the George Devine, Meyer-Whitworth (2008) and Pearson (2009) awards.
Hassan Abdulrazzak holds a PhD in Molecular Biology. He has worked as a postdoctoral researcher at Imperial College London and Harvard University. In 2006 he co-organised the Iraqi Documentary Film Festival at the School of Oriental and African Studies (SOAS). Hassan Abdulrazzak's first play, Baghdad Wedding, was staged at Soho Theatre. Hassan was awarded the 2008 George Devine and Meyer-Whitworth Awards and the 2009 Pearson Award.