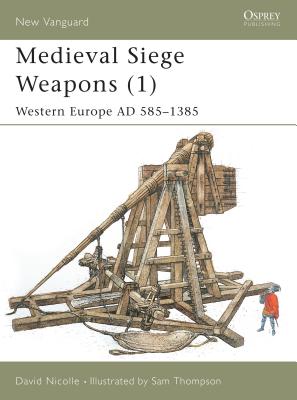 This is book number 58 in the New Vanguard series.

The Medieval era was a period of huge variety and invention in siege warfare. Before the use of cannon and other gun-powder artillery, siege engines relied on assorted sources of power, from torsion 'energy storage' systems to man-power, counter-balances and others. This book reveals how technological traditions from the Graeco-Roman world, Persia, India and above all China made a massive contribution to siege warfare techniques. It also covers developments in military engineering, such as mining, counter-mining, the breaking of walls, the use of noxious and chemical fumes and the use of fire-weapons.

David Nicolle is Visiting Research Fellow at the Institute of Medieval Studies, Nottingham University. He is the author of over a dozen books on medieval military history.