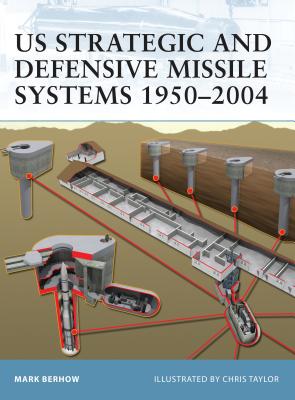 This is book number 36 in the Fortress series.

For 40 years following the end of World War II, the Western democratic governments and the Eastern Bloc Communist powers were locked in the ideological, political, and economic struggle of the Cold War. The United States and the Soviet Union developed missile systems capable of delivering conventional and nuclear explosives against enemy massed bomber formations in the air, and of delivering retaliatory nuclear payloads against ground targets located on distant continents. The missile systems played both a defensive role, and a potential offensive role, which was parlayed to the public as deterrence against attack by the rival bloc. This title provides a detailed overview of the fixed-launch-site strategic missile systems of the United States.
Mark A. Berhow has long had an interest in the history of American missile defense systems, and is the co-author of Rings of Supersonic Steel: Air Defenses of the United States Army 1950–1979. He was worked at the Fort MacArthur Museum and the Nike missile post in Los Angeles for over 10 years, and is a past chairman of the Coast Defense Study Group (CDSG), an organization dedicated to the study of seacoast fortifications in the United States and around the world. He has written and co-written numerous books, including Fortress 4: American Defenses of Corregidor and Manila Bay 1898–1945. Mark lives in Peoria, Illinois.