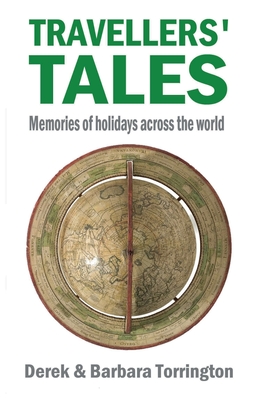 Derek and Barbara Torrington, who have visited more than 60 different countries since they married in1965, take us on a fascinating tour of some of the most outstanding destinations.

They include the tumbling waterfall of Gulfoss in Iceland; India's famed Taj Mahal; Simla in the foothills of the Himalayas, where the British ruled India before independence; the jungle depths of Malaysia; and the limestone quarry where an imprisoned Nelson Mandela made plans for government in South Africa after the defeat of apartheid.

The travellers also visit the grand palaces in Saint Petersburg of Empress Catherine the Great of 18th- century Russia, and take the tramway into a rainforest in Costa Rica.