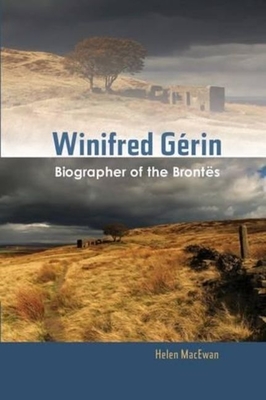 
Coming Soon—Pre-Order Now
The biographer Winifred Grin (190181), who wrote the lives of all four Bront siblings, stumbled on her literary vocation on a visit to Haworth, after a difficult decade following the death of her first husband. On the same visit she met her second husband, a Bront enthusiast twenty years her junior. Together they turned their backs on London to live within sight of the Parsonage, Grin believing that full understanding of the Bronts required total immersion in their environment. Grin's childhood and youth, like the Bronts', was characterised by a cultured home and an intense imaginative life shared with her sister and two brothers, and by family tragedies (the loss of two siblings in early life). Strong cultural influences formed the children's imagination: polyglot parents, French history, the Crystal Palace, Old Vic productions. Winifred's years at Newnham College, Cambridge were enlivened by such eccentric characters as the legendary lecturer Arthur Quiller-Couch ('Q'), Lytton Strachey's sister Pernel, and Bloomsbury's favourite philosopher, G.E. Moore. Her happy life in Paris with her Belgian cellist husband, Eugne Grin, was brought to an abrupt end by the Second World War, during which the couple had many adventures: fleeing occupied Belgium, saving Jews in Vichy France, and escaping through Spain and Portugal to England, where they did secret war work for the Political Intelligence Department near Bletchley Park. After Eugne's death in 1945 Winifred coped with bereavement by writing poetry and plays until discovering her true literary metier on her visit to Haworth. She also wrote about Elizabeth Gaskell, Anne Thackeray Ritchie and Fanny Burney. This book is based on her letters and on her unpublished memoir.
Helen MacEwan studied modern languages at the University of Oxford. A translator and former teacher, she is the author of The Brontës in Brussels, an exploration of Charlotte and Emily Brontë’s time at the Pensionnat Heger, and Down the Belliard Steps: Discovering the Brontës in Brussels.