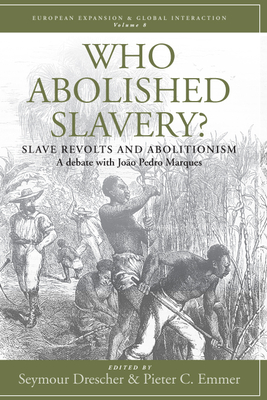 The past half-century has produced a mass of information regarding slave resistance, ranging from individual acts of disobedience to massive uprisings. Many of these acts of rebellion have been studied extensively, yet the ultimate goals of the insurgents remain open for discussion. Recently, several historians have suggested that slaves achieved their own freedom by resisting slavery, which counters the predominant argument that abolitionist pressure groups, parliamentarians, and the governmental and anti-governmental armies of the various slaveholding empires were the prime movers behind emancipation. Marques, one of the leading historians of slavery and abolition, argues that, in most cases, it is impossible to establish a direct relation between slaves' uprisings and the emancipation laws that would be approved in the western countries. Following this presentation, his arguments are taken up by a dozen of the most outstanding historians in this field. In a concluding chapter, Marques responds briefly to their comments and evaluates the degree to which they challenge or enhance his view.

Pieter C. Emmer is Emeritus Professor of the history of the expansion of Europe and the related migration movements at University of Leiden. He was a visiting fellow at Churchill College, Cambridge, UK (1978-1979), at the Wissenschaftskolleg Berlin (2000-2001) and at the Netherlands Institute for Advanced Study, Wassenaar, The Netherlands (2002-2003).