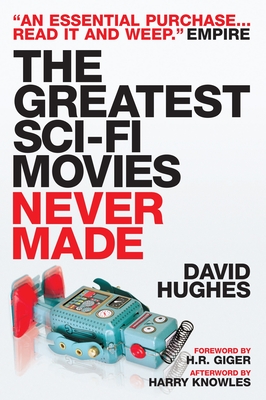 
Special Order—Subject to Availability
What if I Am Legend had been directed by Ridley Scott, and had starred Arnold Schwarzenegger? What if James Cameron had directed Spider-Man?

This groundbreaking book, now fully updated and revised, tells the story of legendary unmade films. What would Terry Gilliam’s Watchmen have been like, and how did Darren Aronofsky almost end up directing the movie? Why was Nicolas Cage paid $20 million for not playing Superman?

"Wonderful... Every sci-fi fan should own this" - Sci-fi-online.com

"An essential chronicle of broken promises" - Hotdog
"These are films I wish I could have seen ... Hughes's research is solid ... it's sobering stuff." 'Moriarty', Ain't It Cool News

"Every so often a book comes along that demands to be read at one or two sittings at the most... miss this one at your peril." - Starlog