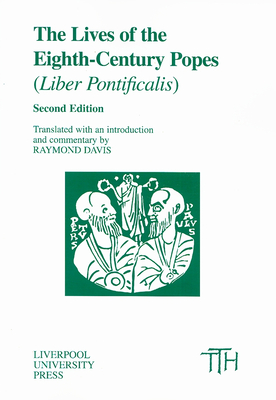 
Special Order—Subject to Availability
In The Lives of the Eighth-Century Popes Raymond Davis continues from the year AD 715, where his Book of the Pontiffs (revised edition, Liverpool, 2000) stopped, and deals with the next nine biographies from the Liber Pontificalis of the Roman Church down to AD 817. This was the period which saw much of Italy shake off what was left of Byzantine control, the development of the tempo

Raymond Davis""read Greats at University College, Oxford. He is currently honorary senior research fellow of Queen's University, Belfast, though he lives and works in Oxford.