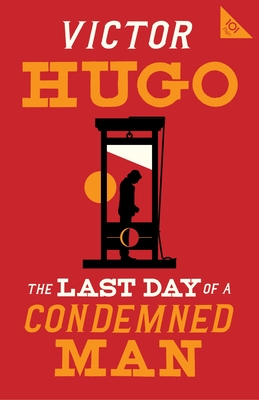 A first-person diary of a prisoner's final day before being executed for an unspecified crime, Victor Hugo's poignant tale vividly conveys the mental anguish of a man confronted with the intransigent mechanism of justice, as his mind seeks refuge in recollections from his past and philosophical musings on his inevitable fate.

As relevant today as when it was first published in 1829, The Last Day of a Condemned Man is an eloquent plea for compassion and a masterpiece of realist fiction. This edition includes the Preface to the 1832 edition of the book, a manifest of Hugo's personal opinions, 'A Comedy about a Tragedy' and 'Claude Gueux', an early example of “true crime” fiction.

Victor Hugo (1802-85) was a French dramatist, novelist, and poet who in 1830 was called "the most powerful mind of the Romantic movement". His early success came in drama, and he used the stage as a platform for his social and political ideas. Hugo published his forceful verse drama Cromwell in 1824. Three years later, he added a provocative preface supporting the claims of Romantic drama as against the French classical tradition and calling for works that combined tragedy and comedy in the free style of Shakespeare. The controversial Hernani, presented at the Comédie-Française in 1830, marked the beginning of a prolific period of playwriting, which was partly inspired by his love for the actress Juliette Drouet. Their affair began in 1833; she eventually left the stage and became his companion until her death in 1883. Hugo's other works included the verse-drama Le Roi s'amuse (1832), which was banned from the French stage but subsequently used by Verdi as the libretto for Rigoletto, and the prose plays Lucrèce Borgia and Marie Tudor (both 1833). The failure of Les Burgraves (1843), together with the advent of realism in the mid 19th century, brought the Romantic experiment to an end. Owing to his opposition to the government, Hugo spent the years from 1851 to 1870 in exile, first in Brussels and then on the Channel Islands of Jersey and Guernsey. During his exile he wrote a few plays and the epic novel Les Misérables (1862), which returned to the stage as a vastly successful musical more than a century later. He returned to Paris after the proclamation of the Third Republic and died in 1885. He was buried in the Panthéon after being driven there, at his own request, in a poor man's hearse.