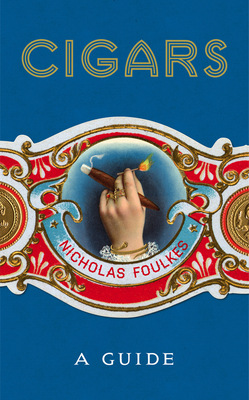 Exploring not just the extraordinary story of tobacco and cigars but also a history that has been instrumental in the foundations of societies and cultures, Cigars will take you on an astonishing journey through landscapes, scents, and an incredible roll call of the great, the good and the not-so good. The cigar has provided solace and a chance for worldly contemplation to generations of thinkers, businessmen, writers, entrepreneurs, and connoisseurs. In this elegiac offering to the pinnacles of hand-rolled tobacco, world-renowned expert Nicholas Foulkes guides you through the myths, legends, nuances, and delicious realities of the smoke-savoring universe, serving as an introduction for the neophyte and a reference for the connoisseur.

Nicholas Foulkes is the author of over 20 books, including Beretta: 500 Years of the World's Finest Sporting Life, Bals: Legendary Costume Balls of the Twentieth Century, Bernard Buffet: The Invention of the Modern Mega-artist and Patek Phillipe: The Authorized Biography. For more than 20 years he has written the Bolivar cigar column for Country Life. He is a contributing editor to the Financial Time's How to Spend It magazine, a contributing editor to Vanity Fair, and luxury editor of British GQ. He launched and continues to edit Vanity Fair's twice yearly watch magazine On Time. In 2007 he was named Havana Man of the Year by the Cuban government, having been nominated for this award on four previous occasions.