The Master Builder: William Butterfield and his Times (Hardcover) 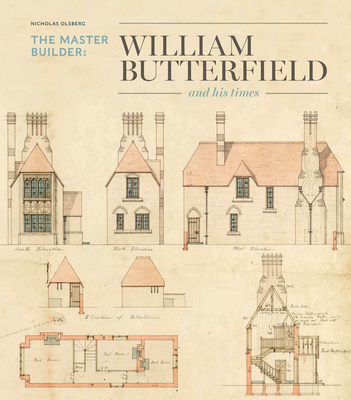 The Master Builder: William Butterfield and his Times (Hardcover)


Not Yet Published—Pre-Order Now
William Butterfield was the most daring, rigorous, and brilliant architect of his age, whose 60-year practice spanned the entire Victorian era, and whose major works are found from the Firth of Clyde and shores of Belfast to the hills of Dublin and the cliffs of Cardiff and Devon. This book addresses the emergence of a modern society, its expansive institutions, and its changing moral code, exploring how Butterfield responded to and advanced that transformation in the national life. It reflects the changing emphasis of Butterfield’s work: first, the revival, rebuilding, and reform of the country parish; then the place of the church and the agents of social health in the burgeoning town and city; third, the quiet revolution in secondary education and college life; and finally, sites of refuge, sanctuary, repose, and remembrance. Drawing extensively on the literature and discourse of the time, each chapter discusses a societal shift and surveys Butterfield’s most important architectural contributions. The chapters are followed by portfolios of photographs and extraordinary sets of coloured contract drawings of projects selected to show the originality, conviction, and variety of Butterfield’s designs. Woven through the book are characterisations of the often colourful men and women who were Butterfield’s patrons and associates, including Gladstone, Pusey, Nightingale, and such lesser known but equally crucial figures as Frederick Temple, ‘Mother’ Matilda Blanche Gibbs, the writer Charlotte Yonge, and a score of reforming vicars, from the pious William Butler to the radical eccentric Edward Monro.
Nicholas Olsberg was director of the Canadian Centre for Architecture and founding head of Special Collections at the Getty Research Institute. He holds an honours degree in Modern History from Oxford University and a doctorate in Nineteenth Century history from the University of South Carolina.