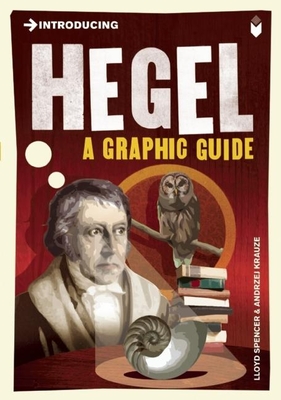 G.W.F. Hegel's influential writings on philosophy, politics, history, and art are parts of a larger systematic whole. They are also among the most difficult in the entire literature of philosophy. Introducing Hegel engages the reader, guiding them through a spectacular system of thought which aimed to make sense of history.

Lloyd Spencer is Senior Lecturer in the School of Media at Trinity and All Saints, a college of the University of Leeds. He has written Introducing the Enlightenment and a biographical study of Walter Benjamin. Andrzej Krauze is a cartoonist and illustrator whose work is published regularly in the Guardian, the New Statesman, and the Sunday Telegraph.