Artillery of the Napoleonic Wars: A Concise Dictionary, 1792-1815 (Hardcover) 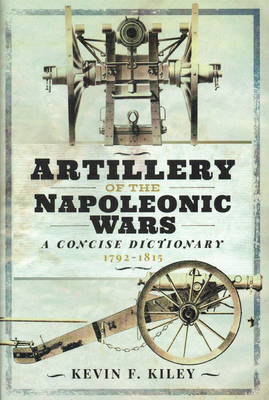 Artillery of the Napoleonic Wars: A Concise Dictionary, 1792-1815 (Hardcover)


Not On Our Shelves—Ships in 1-5 Days
...indispensable for anyone working in the military history of the period. -- NYMAS Review

Napoleon began his military career as an artillery cadet and artillery played a fundamental part in all his great battles. Until the Napoleonic Wars artillery had been seen merely as a supporting arm to the infantry, but Napoleon changed everything. He massed his guns in huge batteries to blast holes in his opponent's line. He even used the artillery to charge the enemy, the gunners galloping up to the enemy to open fire at pointblank range. Napoleon's opponents did not all follow suit, choosing other tactical deployments. As a result, the Napoleonic era, more than any that preceded or followed it, was one of fascinating artillery maneuvers and critical actions that changed the course of many of the key battles. As the Prussian Field Marshal Blucher once observed, "Against Napoleon you needed guns - and lots of them " The Napoleonic Wars was also a time of innovation, with the introduction of shrapnel shells and military rockets. This book will examine the artillery arms of all sides from 'muzzle to butt plate'. As well as the significant artillerymen of the period, the innovators, scientists, and innovators, military and civilian - individuals such as Robins, Belidor, Gribeauval and his colleagues, Maritz, Liechtenstein and his collaborators, as well as the du Teil brothers - will all be examined, as will the important battles and sieges, significant memoirs and documents, and artillery terms that soon became part of the military lexicon. Written by the renowned historian Kevin F. Kiley, this will be the definitive book on the subject and will cover all aspects of artillery in the Napoleonic Wars.