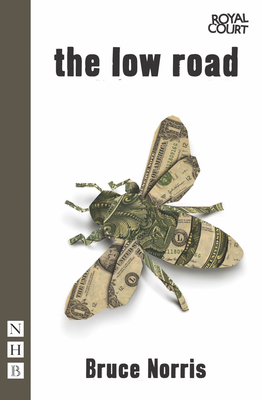 The newest play from Bruce Norris, author of the international hit Clybourne Park, which won the 2011 Pulitzer Prize for Drama and the 2012 Tony Award for Best New Play, among other honors. In The Low Road, a fable of free market economics and cut-throat capitalism, a young entrepreneur sets out on a quest for wealth with priceless ambition and a purse of gold. Premiered at London's Royal Court in spring 2013.

BRUCE NORRIS lives and works in Chicago. He won the Pulitzer Prize for Drama for Clybourne Park, which played at the Royal Court in 2011, Wyndham's Theatre, London (Olivier Award, Best Play 2012) and Walter Kerr Theatre, New York (Tony Award, Best Play 2012), along with numerous productions across the United States. His previous plays include The Pain and the Itch, The Infidel, Purple Heart, We All Went Down to Amsterdam, and The Unmentionables, all of which have been staged by the world famous Steppenwolf Theatre Company. He is also an actor of stage and screen, whose credits include The Sixth Sense and Law & Order.