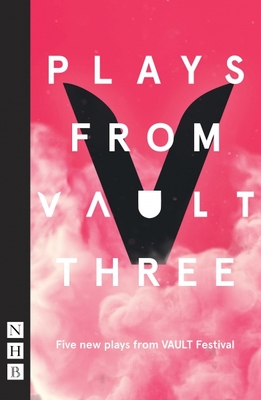 
Special Order—Subject to Availability
Young men are dying and everyone assumes they're just casualties of London's chemsex scene. Everyone, that is, but Anthony, who is determined to investigate. Tumulus by Christopher Adams is a chilling, queer play-noir set amongst the shadowy hills of Hampstead Heath.

Critically acclaimed during its run at Edinburgh Festival Fringe, Lucy Burke's Glitter Punch - set in Greater Manchester - charts a troubling new relationship between mysterious John and sixteen-year-old Molly, a love that will change their lives forever. "Powerful" (The Stage).

Set in a Wigan taxi, Burkas and Bacon Butties by Shamia Chalabi and Sarah Henley is a heart-warming comedy about taxi-driver Ashraf and his twenty-something daughter, Shaz, as they negotiate the ups and downs of living in a mixed-culture family.

When bereaved mother Mary finds a disembodied arm, a conspiracy builds: maybe her child isn't quite so dead after all. Shortlisted for Soho Theatre's Tony Craze Award, Sami Ibrahim's Wind Bit Bitter, Bit Bit Bit Her is an enthralling monologue about love and loss.

The Strongbox by Stephanie Jacob is a story of domestic servitude and abuse of power, as authoritarian Kat, her ageing mother, Ma, and their teenaged slave, Maudie, jostle for power - and affection - in their dilapidated London home.