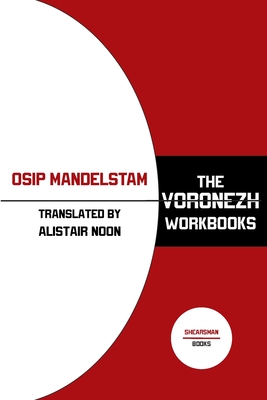 
Not On Our Shelves—Ships in 1-5 Days
(This book cannot be returned.)
Osip Mandelstam spent three years in internal exile in the city of Voronezh, in south-western Russia, after someone in his circle of acquaintances had informed the Soviet authorities of his "Stalin Epigram" in 1934. The ninety-odd poems he wrote there are the pinnacle of his poetic achievement, bearing witness to Mandelstam's consistent independence of mind and concern for the freedom of thought. More covertly and controversially, however, they also bear the marks of Mandelstam's attempts to somehow reinstate himself back into Soviet society. In addition to all the poems that Russian editors have suggested constitute the sequence Mandelstam would have wished to see into print, this edition includes the main variants and exclusions preserved in manuscripts and in the memory of Mandelstam's wife and executor, Nadezhda.

Praise for Concert at a Railway Station:
"To my mind this is the best Mandelstam 'selected' yet and belongs on the bookshelves of everyone with an interest in 20th-Century Russian verse."-Ross Cogan, Poetry Wales
"Alistair Noon's translations of Mandelstam are an important contribution to the study and appreciation of this vital writer." -Anton Romanenko, B O D Y
"Noon daringly replicates Mandelstam's formal stanzas, using slant rhymes with a zingy freshness of diction that stops the poems from ever sounding like translationese." -Henry King, Glasgow Review of Books