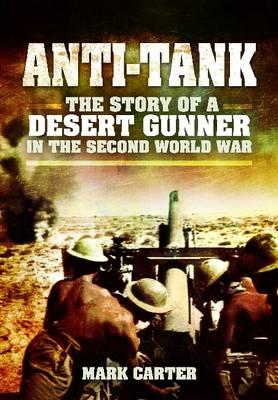 
Special Order—Subject to Availability
This is a vivid and perceptive insight into the horrors of war as experienced by British soldiers of the Royal Artillery in the Desert War in 1941 2. The author, who fought in the campaign, brings to life the true nature of the fighting as British gunners struggled to defend their comrades from the armored power of the Axis forces under Erwin Rommel. Here, too, are some of the lighter sides of war and the friendships that were made in those days of adversity. Anti Tank takes us from the fighting of 1941 and the toing-and-froing of the Benghazi Stakes through to the final Battle of El Alamein in October/November 1942 and the beginning of Eighth Army's advance to victory.