Polio: The Odyssey of Eradication (Hardcover) 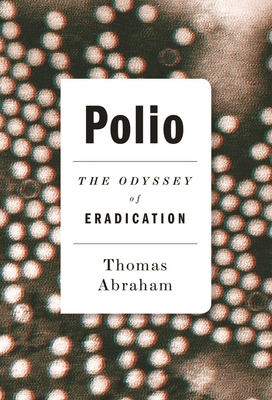 Polio: The Odyssey of Eradication (Hardcover)


Not On Our Shelves—Ships in 1-5 Days
In 1988, the World Health Organization launched a twelve-year campaign to wipe out polio. Thirty years and several billion dollars over budget later, the campaign grinds on, vaccinating millions of children and hoping that each new year might see an end to the disease. But success remains elusive, against a surprisingly resilient virus, an unexpectedly weak vaccine and the vagaries of global politics, meeting with indifference from governments and populations alike.
How did an innocuous campaign to rid the world of a crippling disease become a hostage of geopolitics? Why do parents refuse to vaccinate their children against polio? And why have poorly paid door-to-door healthworkers been assassinated? Thomas Abraham reports on the ground in search of answers.
Thomas Abraham is Associate Professor at the Journalism and Media Studies Center, University of Hong Kong, where he teaches health and science journalism. He has worked at the World Health Organization in Geneva and is the author of Twenty-First-Century Plague: The Story of SARS.