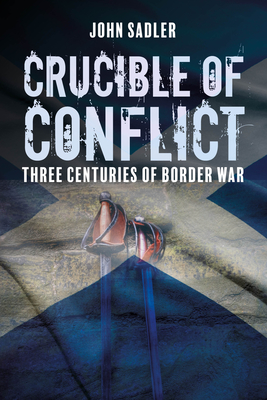 
Coming Soon—Pre-Order Now
The borderers - people forged and hardened by endemic warfare over generations, whether by raids and skirmishes or set piece battles - are marked even today as a distinct group. For three savage centuries England and Scotland, both dynamic races, slogged it out upon this arena of nations. John Sadler knows this ground and its people; he is one of them. For half a century he has traversed the borderland, and has taught, enacted and written about them. The feuds were pursued with increasing savagery and even when not in outright conflict, the names on both sides continued their 'feids' or vendettas in crazy bloodletting for decades, with cycles of escalating violence creating a dizzying maze of interlocking enmities that was beyond all reason. Here is a book that weighs the evidence from a plethora of sources to provide a compelling history of this border conflict. In the modern political scene, with the issue of a second referendum pending, the theme of a cultural identity, forged in the fury of those Border wars, forms a pivotal theme in the debate.
John Sadler is a successful author, lecturer, heritage consultant/historical interpreter, storyteller and battlefield tour guide. He is a Fellow of the Royal Historical Society and the Society of Antiquaries (Scotland); a graduate Holocaust Fellow of the Imperial War Museum and a member of Equity. He is the author of 42 books and a number of docu-dramas commissioned annually for Holocaust Memorial Day. Author hometown: Newcastle-upon-Tyne