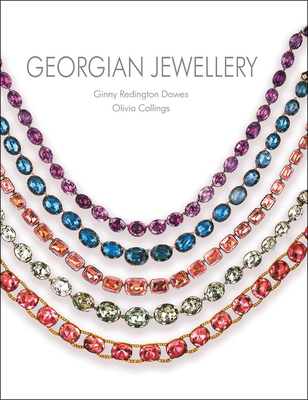 
Special Order—Subject to Availability
- A thoroughly researched look at the jewellery of the time, offering good basic knowledge for the beginner and new facts for the expert- New and/or little-known facts about the techniques, styles and materials of the age- The only book solely on the Georgian period, and the largest ever catalogue of the diverse range of eighteenth century jewellery- Interesting portraits of characters of the period and their influence on the jewels of the time, with some contemporary gossip, outrageous cartoons and period fashion tips- Emphasis on jewellery that has been on the open market in recent years, rather than just unobtainable museum pieces Georgian Jewellery is a celebration of the style and excellence of the eighteenth century, and of the ingenuity that produced such a wealth of fabulous jewelry Heavy academic tomes have already been written about the period, but this book examines it in a more colorful and accessible way. The book aims to show that Georgian jewelry is not only the stuff of museums and safe boxes, but that it can be worn as elegantly and fashionably today as it was 200 years ago. Much disparate information about the jewelry has been gathered together and the period is brought alive by portraits and character sketches of famous Georgians in their finery, fashion tips, gossip, and some rather outrageous cartoons of the time, as well as fascinating recently discovered facts. With information on how to identify, buy and repair pieces, this sumptuously illustrated volume contains the largest single catalogue of 18th Century jewelry.
Ginny Redington Dawes, a life-long collector of antique jewelry, has written two previous books on the subject - The Bakelite Jewellery Book and Victorian Jewellery. Staff writer for MGM Screengems Music, she is also a successful composer; she wrote the book, music and lyrics for the off-Broadway show The Talk of the Town and has won a CLEO award for music for advertising. Olivia Collings became fascinated by the seventeenth century alchemist and jeweller Christopher Pinchbeck at an early age and bought her first piece of antique jewelry aged seven. She trained in an exclusive Bond Street antique jewelly shop before starting her own business in 1975 and has continued learning about and dealing in Georgian jewellery ever since. She is now an independent jewelry consultant.