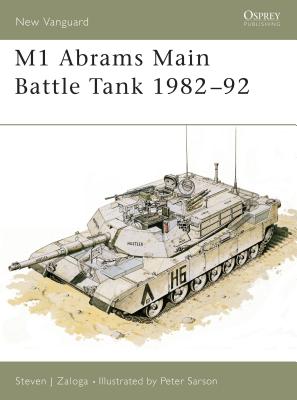 This is book number 2 in the New Vanguard series.

The M1 Abrams was the most radical departure in US tank design since World War II. Until the advent of the M1 in the early 1980s, the US Army had relied on the steady evolution of the M26 Pershing tank, through the M46, M47, M48 and M60. The M1 design came at a time when there were a host of important new tank technologies coming to fruition, in terms of structure and weaponry: these were integrated into it. This book details the design, development and operational use of one of the world's best main battle tanks.
Steven J. Zaloga received his BA in History from Union College and his MA from Columbia University. He has worked as an analyst in the aerospace industry for four decades, covering missile systems and the international arms trade, and has served with the Institute for Defense Analyses, a federal think tank. He is the author of numerous books on military technology and history, including NVG 294 Allied Tanks in Normandy 1944 and NVG 283 American Guided Missiles of World War II. He currently lives in Maryland, USA.