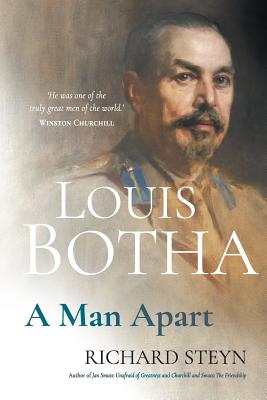 LOUIS BOTHA, THE FIRST PRIME MINISTER of the Union of South Africa, was a brilliant Boer general who won significant victories over the British in the early stages of the Anglo-Boer War. When the weight of the British arms eventually overwhelmed the Boers, Botha and Jan Smuts encouraged peace between English and Afrikaner and led the four South African colonies into Union in 1910.

Botha was a big-hearted and generous man in his dealings with all. In 1914, he had to put down an Afrikaner rebellion over the Union's participation in the Great War. The experience broke his heart, as many of the rebels were old Anglo-Boer War comrades. At Versailles in 1919, representing South Africa, he pleaded unsuccessfully for magnanimity towards a defeated Germany. Globally respected, Botha and Smuts operated as a double act before Botha's untimely death in August 1919.

Richard Steyn's recent books, Jan Smuts: Unafraid of Greatness and Churchill and Smuts: The Friendship, have won him a loyal readership. In Louis Botha: A Man Apart, he again masterfully brings to life a great South African.