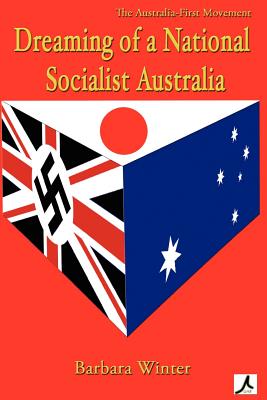 
Not On Our Shelves—Ships in 1-5 Days
(This book cannot be returned.)
'Australia First' is a good slogan that has been adopted by several quite different political ideologies. This book deals with the movement that developed slowly from about 1936 and came to an inglorious end in 1942. It grew out of the Victorian Socialist Party and the Rationalist Association. At first it attracted literary figures such as Xavier Herbert, Eleanor Dark, Miles Franklin. When it became heavily political, among its members were former communists and a Nazi Party member; some worked for the Labor Party, some for the United Australia Party (later the Liberal Party). One was a paid agent of the Japanese. Some were connected with Theosophy, some with Odinism, and in Victoria most were Irish Catholics with links to Archbishop Mannix and Sein Fein. Among their close friends were John Curtin, Dr Evatt, Arthur Calwell, Jack Beasley, Robert Menzies, Percy Spender, Archie Cameron. Several had contacts with Oswald Mosley's British Union of Fascists, and with the Imperial League of Fascists and National Socialists. One had met Hitler and corresponded with General Ludendorff. Two composed and circulated anonymous subversive pamphlets. Others imported Nazi propaganda, one even during the war through the German Consulate-General in New York. At its core was a coterie of elderly men with too much time, too much money, and little common sense. 'Inky' Stephensen was the public face of the AFM and was responsible for the crude and vulgar style of its monthly magazine, the Publicist. But behind it all was Billy Miles, a cynical, arrogant manipulator, who turned it into a vehicle for anti-Semitic propaganda. He who wrote: 'What is the solution to the Jewish question? There can be none while a Jew lives.'Its downfall was precipitated less by its fascist and Nazi tendencies than by its close association with the Japanese. In the end, the internment of AFM adherents was used by both Labor and Liberal politicians as a stick with which to beat each other, until the wrongs and rights of the affair became buried under political abuse.