The Landy Era: From Nowhere to the Top of the World (Paperback) 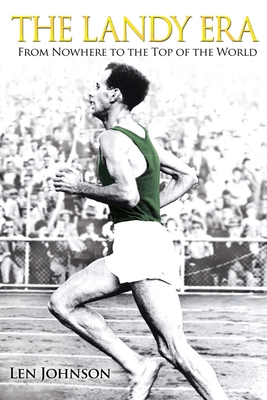 The Landy Era: From Nowhere to the Top of the World (Paperback)

World-class athletics was something that happened overseas, not in Australia. And then, on 13 December 1952, John Landy ran a mile at Melbourne's Olympic Park in four minutes 2.1 seconds. In those few minutes he re-ignited the race for the sub-four minute mile and inspired a generation of Australian athletes to challenge the world at distances from 880 yards to the marathon.

Following Landy, Herb Elliott rose to the top, winning the 1500 metres at the 1960 Rome Olympics, smashing the world record.

Pat Clohessy, on whom Landy was a formative influence, coached Robert de Castella to a world championships gold medal in the marathon.

John Landy was not the only influence, but it was undeniably his era; he was its first, and greatest, star and he directly inspired and advised many of the subsequent athletes and coaches.

He led Australia form nowhere to the top of the world.