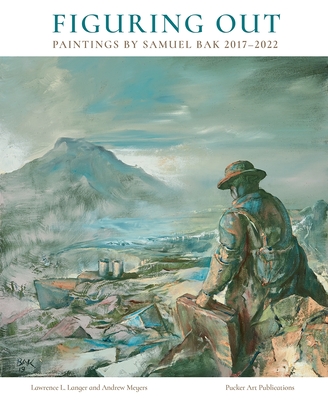 
On Our Shelves Now at:
Samuel Bak was born in 1933 in Vilna, Poland, at a crucial moment in modern history. Bak's artistic talent was first recognized during an exhibition of his work in the Ghetto of Vilna when he was nine years old. In an artistic career of over seventy years, he has had numerous exhibitions in museums and galleries throughout Israel, Europe, and the United States and has been the subject of numerous articles, scholarly works, and books. Lawrence L. Langer, a Holocaust scholar, is Alumnae Chair Professor of English emeritus and Simmons College and the author of many award-winning publications. He has collaborated with Samuel Bak on dozens of volumes of painting and commentary. Andrew Meyers is an educator specializing in urban history, art history, and experiential learning. He has taught at Columbia University, Connecticut College, and Empire State College, and is the Founding Co-Director of Living City Project in New York.