Redemption Songs: A Year in the Life of a Community Prison Choir (Paperback) 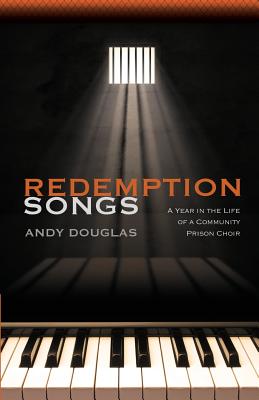 Redemption Songs: A Year in the Life of a Community Prison Choir (Paperback)

"Redemption Songs" takes the reader inside the walls of a medium-security prison and offers a glimpse at how music and the arts are offering second chances to the incarcerated. For six years, the author volunteered with the Oakdale Community Choir, a performing chorus composed of volunteers and inmates, based in a men's correctional facility in Coralville, Iowa. As the gates clang shut behind choir volunteers each week, and we walk the long halls to the rehearsal room, the reader encounters the rewards and challenges of creating music in this environment, a place usually defined by trauma, danger, and control. But it's also, as we learn, a place where healing, atonement and growth can occur.

Through crisp prose, "Redemption Songs" describes the lives of people struggling to overcome their pasts, volunteers who dedicate their time and energy to offer hope, and prison administrators charged with balancing security needs with opportunities for inmate self-improvement.

The United States incarcerates more people per capita than any other country in the world. With more than two million prisoners in U.S. jails and prisons, many Americans know someone impacted by the system. In addition to describing the choir's progress as it shores up its repertoire for several concerts each season, the book examines some of the pressing issues facing the criminal justice system and the people we as a society have chosen to put behind bars.

It also reflects on several questions: How can music and the arts inspire prisoners to change? Should the underlying philosophy of our correctional system be one of retribution or restoration? What can restorative justice, a philosophy which focuses on redressing the harm done when a crime is committed, offer to all those touched by crime and the criminal justice system?

"Redemption Songs" depicts the sheer joy of making music together, and how singing breaks down barriers and creates community.