Power of the Magdalene: The Hidden Story of the Women Disciples (Paperback) 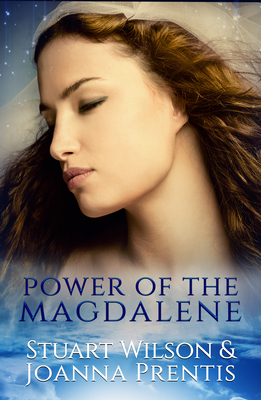 Power of the Magdalene: The Hidden Story of the Women Disciples (Paperback)


Not On Our Shelves—Ships in 1-5 Days
The long-awaited, compelling sequel of the best-selling book The Essenes - Children of the Light. What is the secret of Mary Magdalene s power? Who were the female disciples of jeshua? Did Jeshua and Mary Magdalene have a child? How can we understand the New Children now being born? What changes will the New Consciousness bring into our lives? This is the story of the Essenes and the female disciples of Jeshua who were deliberately marginalised and written out of the record.

This book focuses on the partnership of Jeshua and Mary Magdalene, and culminates in the work of the Crystal Children who are just now being born. This fascinating story was revealed through the process of past life regression and through the insight of an angelic being called Alariel. This is the inner history or our planet as it has never been told before. A narrative to inspire the spirit and warm the heart.
Stuart Wilson was born in Exmouth in the West of England. He is a former publisher and is currently a professional writer and workshop leader. He has collaborated with his friend Joanna Prentis in the development of the Starlight Centre in Devon. Both he and Prentiss reside in England.
Joanna Prentis developed the Starlight Centre in mid-Devon with the help of a friend, Stuart Wilson. She resides in England.
"The title of this book belies its wide-ranging subject matter. It does indeed give insight into the true power of Mary Magdalene, and the faxcinating story of the female desciples. But it is a veritable treasurehouse of so much more: rituals of the ancient Egyptian Mystery Schoold, crystals, indigo and rainbow children, light conception and detailed information about the healing carried out on Jeshua (Jesus) following his crucifixion are all included. It is not written as a narrative, but as a series of past life sessions carried out with different people. The authors add their comments as appropriate. My expectation was that this would disrupt the flow of the information. This was not the case, and reading the accounts of past events in the words of those who experienced them enhanced their authenticity. Information was also channeled from an angelic being called Alariel, and here again the energy was powerful. I found this a fascinating book, and one I will surely refer to in the future. The Power of the Magdalene is a sequel to The Essenes - Children of the Light by the same authors, also based on the information from past life sessions." -Diana Savil of The Paradigm Shift
— Reviews