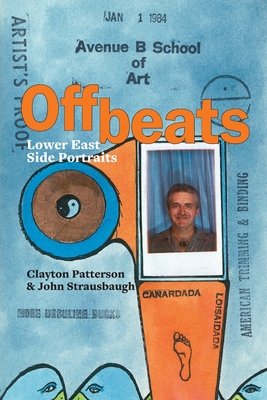 ABOUT THE BOOK Through much of the 19th and 20th centuries, Manhattan below 14th Street was a great cultural brain that dreamed up a fantastic wealth of art and entertainment for the rest of the world. Greenwich Village was one hemisphere, the Lower East Side the other. Across all media and genres, from the loftiest avant-garde to low amusements for the masses, this dream machine changed world culture over and over again.

On the Lower East Side, immigrants from around the world mingled with one another, and with artists, writers, musicians and other culture producers. The neighborhood also attracted rebels, eccentrics, visionaries, and refugees from the straight and normal life.

Offbeats is a gallery of some great characters from the Lower East Side, a representative handful of visionaries, artists, misfits and criminals. They include Mickey the Pope, who invented an illegal and ingenious pot delivery service; street gang leader-turned-artist Cochise; pioneers of the movie industry, who went from running nickelodeons on the Lower East Side to building Hollywood empires; Father Pat Maloney, an Irish priest jailed for his role in a Brinks heist to help fund the IRA; Baba Raul Canizares, a Santeria priest; Boris Lurie, a concentration camp survivor who cofounded the NO art movement; mystic and poet Lionel Ziprin; Yiddish theater star Molly Picon; as well as drag artists, street artists, and other creators.

Gentrification has ended the Lower East Side that nurtured and attracted these Offbeats. All the more reason to remember and celebrate them through the marvelous stories and photographs in this book.