Beyond the Hot Seat Revisited: Gestalt Approaches to Group (Paperback) 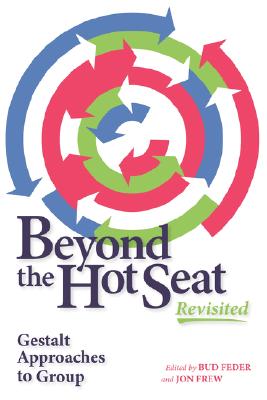 Beyond the Hot Seat Revisited: Gestalt Approaches to Group (Paperback)


Not On Our Shelves—Ships in 1-5 Days
In 1980, the original Beyond the Hot Seat was published and immediately recognized as a seminal work, providing gestalt group therapists with the first book exclusively devoted to that modality and offering them an expanded vision by linking gestalt principles with those of group dynamics, hence the title. Now, almost thirty years later, we are pleased to offer an updated and thoroughly revised version. In this new edition, will be found six of the most important chapters from the original, augmented by thirteen new chapters from a much more diverse and senior set of contributors. Whereas all the contributors from the original book were Americans, the new version has chapters from outstanding other practitioners from Sweden, England, Australia and New Zealand. Their writings in this book open up new territory and address fundamental issues in a more sophisticated and interrelated way. In the thirty years since the original was published, gestalt group therapists from around the world have had a good deal more connection and dialogue with one another -- sparked in part by the original version published in 1980. We believe that now, once again, gestalt group therapists will be greatly enriched by reading Beyond the Hot Seat Revisited -- which interestingly, is the first book since 1980 that is devoted exclusively to the modality, at least in English.