The Inner Touch: Archaeology of a Sensation (Paperback) 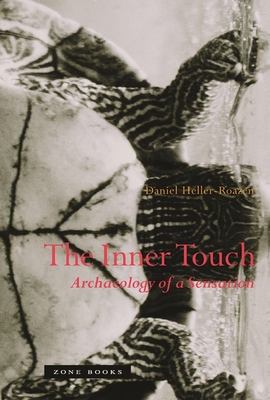 The Inner Touch: Archaeology of a Sensation (Paperback)

An original, elegant, and far-reaching philosophical inquiry into what it means to feel alive.

The Inner Touch presents the archaeology of a single sense: the sense of being sentient. Aristotle was perhaps the first to define this faculty when in his treatise On the Soul he identified a sensory power, irreducible to the five senses, by which animals perceive that they are perceiving: the simple sense, as he wrote, that we are seeing and hearing. After him, thinkers returned, time and again, to define and redefine this curious sensation. The classical Greek and Roman philosophers as well as the medieval Arabic, Hebrew, and Latin thinkers who followed them all investigated a power they called the common sense, which one ancient author likened to a kind of inner touch, by which we are able to grasp ourselves. Their many findings were not lost with the waning of the Middle Ages. From Montaigne and Francis Bacon to Locke, Leibniz, and Rousseau, from nineteenth-century psychiatry and neurology to Proust and Walter Benjamin, the writers and thinkers of the modern period have turned knowingly and unknowing to the terms of older traditions in exploring the perception that every sensitive being possesses of its life. The Inner Touch reconstructs and reconsiders the history of this perception. In twenty-five concise chapters that move freely among ancient, medieval, and modern cultures, Daniel Heller-Roazen investigates a set of exemplary phenomena that have played central roles in philosophical, literary, psychological, and medical accounts of the nature of animal existence. Here sensation and self-sensation, sleeping and waking, aesthetics and anesthetics, perception and apperception, animal nature and human nature, consciousness and unconsciousness, all acquire a new meaning. The Inner Touch proposes an original, elegant, and far-reaching philosophical inquiry into a problem that has never been more pressing: what it means to feel that one is alive.Winner of the Aldo and Jeanne Scaglione Prize for Comparative Literary Studies

Jennifer M. Groh, an assistant professor at theCenter for Cognitive Neuroscience and in theDepartment of Psychological and Brain Sciencesat Dartmouth College, studies how the brain computes.She is the author or co-author of numerousarticles, which have appeared in such journals as"Neuron," "Current Biology," and "The Journalof Neurophysiology."