I Want to Come Home Tonight: The Haunting Story of Marion Parker (Paperback) 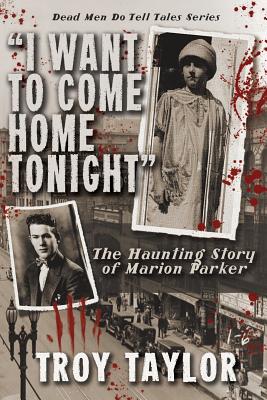 I Want to Come Home Tonight: The Haunting Story of Marion Parker (Paperback)

It's Christmas in Los Angeles, 1927, and a bank officer named Perry Parker receives a bizarre ransom note, telling him that one of his twin daughters, Marion, has been kidnapped and that she'll be returned if he follows a series of explicit instructions. Little does Parker know, but his daughter is already dead - strangled and horribly dismembered by a madman who calls himself the "Fox." Although he claims to be a "master criminal," the kidnapper is actually a disturbed young man named William Edward Hickman, whose plans for a "big crime" spin terrifyingly out of control and end in tragedy, horror, and a lingering haunting.

In this chilling installment of the "Dead Men Do Tell Tales" series, Troy Taylor reveals the eerie true story of one of the most horrific kidnapping and murder cases in American history, from the moment Marion Parker disappeared to the day that her killer swung from the gallows - and delves into the ghostly tale that has lingered long after her death. There are few murder tales in Los Angeles history as gruesome as the story of Marion Parker and it's one of the strangest stories to ever be featured in the series. It's also one that will stay with you long after the final pages have been turned