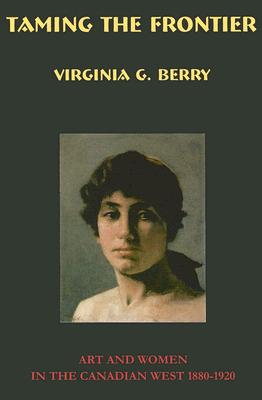 
Special Order—Subject to Availability
Women of the Canadian West are often missing from our typical images of the pioneering period. To remedy this situation Virginia G. Berry brings to lifethe important work done by women in building the West. She pains a fascinating portrait of devoted and talented individualls who fostered the arts at a time when Victorian and Edwardian roles for women were circumscribed.

Based on original research she did on the period from 1880 to 1920, Dr. Berry provides a case study (Winnipeg) of a formative period in the history of the West. The women who formed the core of the progressive movement were persons of social conscience, aesthetis sensibility, and feminist inclination. They combined these element into a powerful force for cultural advancement and urbanization.

This book is a must-read for those interested in the history of women in North America and their role in the visual arts.
Virgenia Berry graduated from the University of Chicago. She lived and passed away in Winnipeg, Manitoba, Canada, in 2003.

Dr. Berry's research into the role of women and women artists of the period from 1880 to 1920 is inspiring as well as illuminating.