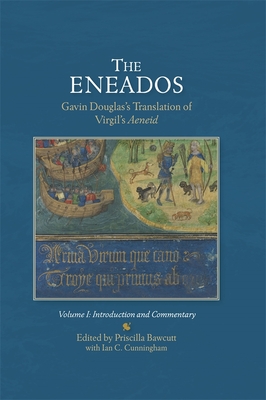 This is book number 17 in the Scottish Text Society Fifth series.

First volume in a new edition of Douglas's Eneados, providing a comprehensive introduction and commentary. Although Virgil's Aeneid was one of the most widely admired works of the European Middle Ages, the first complete translation to appear in any form of English was Gavin Douglas's magisterial verse rendering into Older Scots, completed in 1513, which he called the Eneados. It included not only the twelve books of Virgil's original, but a thirteenth added by the Italian humanist scholar Maphaeus Vegius, and lively, original prologues to every book.D.F.C. Coldwell's four-volume modern edition of it was published in 1957-64 for the Scottish Text Society, but for some time now has needed revision.
This new edition will provide a corrected version of Coldwell's text and variants in subsequent volumes. The first volume, here, the Introduction and Commentary, offers a wealth of new scholarship, comparing Douglas's text to his exact Latin source (first identified by Professor Bawcutt in a 1973 essay reprinted here); vastly expanding the Commentary; offering detailed new analysis of the manuscript and print witnesses to the text and its early reception and circulation; and surveying modern Douglas criticism. There is also a new Bibliography.